This special Austin Healey 100 BN1 is in very original condition and approved since 2004 for the Dutch roads.
In America this car only had one owner and the son of the owner began to replace the bottom, due to lack of dollars sold to the car and so we can say that there have been no changes to the car.
The entire history of the Healey is known and all accounts are kept by the owner, so we know that the gearbox is changed. The car has a 4 speed with reversed shift pattern. There is also a Iskenderian camshaft mounted that was thought to be beter according to the standards then than the original Healey camshaft.

A special car that perhaps deserves to be technically revised only due to its original state.

Fine driver's car with Dutch license and exempted from the MOT.

This Healey faces a beautiful life with a lover in Belgium 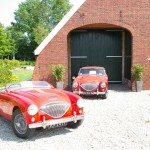 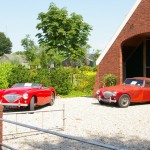 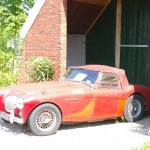 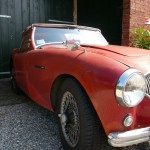 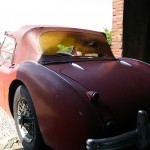 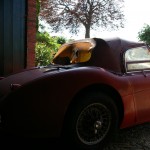 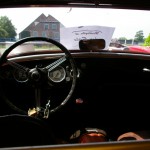 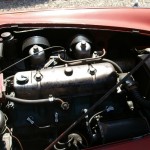 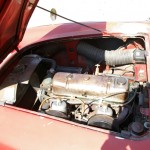